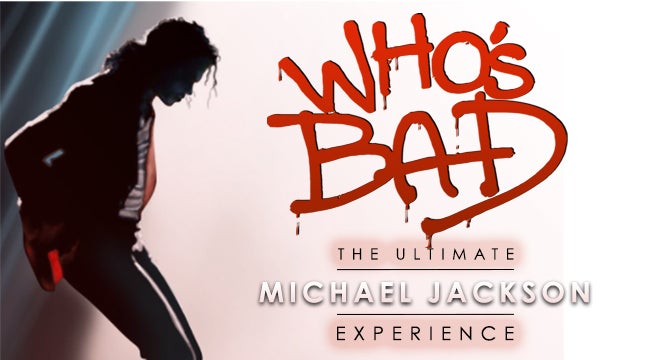 This event has been postponed to a TBD date.

About Who's Bad: The Ultimate Michael Jackson Experience

Since 2004, hundreds of thousands of fans have witnessed the excitement of Who's Bad Music productions on stages around the world.

Dedicated to recreating authentic live experiences, Who's Bad was originally founded by Vamsi Tadepalli in 2003 as a tribute to Michael Jackson's musical legacy. Now, as an umbrella organization, Who's Bad Music boasts a stable of three shows: The Ultimate Michael Jackson Experience, 20/20: The Evolution of Pop, and Who's That Girl, a celebration of the greatest divas in music history.

Each individual show is designed and constructed through unparalleled study of the artists' original performances, and infused with new energy, so that they can be brought to life for fans by some of the finest entertainment professionals on the planet.

From Motown to MTV and CDs to mp3s, the musical landscape has changed dramatically over the last half century. Who's Bad Music draws from the most iconic stars and smash hits spanning generations to embody the expression "Seeing is Believing."

Innovation is the key element in the DNA of Who's Bad Music, dedicated to putting on the baddest shows on the planet 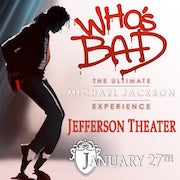