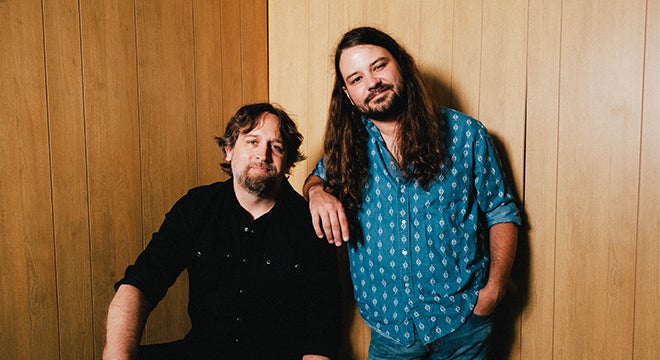 Acclaimed alt-country artists Brent Cobb and Hayes Carll are set to hit the road for a co-headlining tour kicking off at The Basement East in Nashville, touring throughout the Southeast and Northeast, and wrapping up in New York City at City Winery -Pier 57. The two road warriors are bringing a special edge to this run, though, as each artist will hit the stage to perform their own songs, before uniting after both sets to perform a one-of-a-kind collaborative concert during which they’ll swap stories aboutinspiration and life on the road.

For Cobb, the run signifies a chance to link up with one of his favorite musicians on the planet. “Hayes is everything a true artist/songwriter ought to be in my book. Somehow, I’ve had the privilege of playing shows with him here and there over the years, but I’ve always hoped we’d be able to do something a little longer lasting. We’re gettin’ together to give ourselves as well as the crowds something that I believe we’ll all talk about for a while.” Carll concurs, adding, “Every time I listen to Brent, I'm reminded that there's still some groove, soul, and sanity in this world. His songs hit their mark with a laid-back confidence and invite us to celebrate the good and shake hands after we work through the hard. He's anextraordinary everyman, and that’s the kind of friend I like gettin' together with.”

Cobb is touring in support of his January 2022 release, And Now, Let's Turn to Page..., which was made with legendary producer Dave Cobb in RCA Studio A in Nashville. Carll will be performing songs from his whole discography and, in particular, from 2021’s You Get It All. You Get It All —produced by Allison Moorer and guitar legend Kenny Greenberg.

Together, the duo will showcase their singular country styles before uniting to prove the unending power of collaboration. Catch them in a city near you. 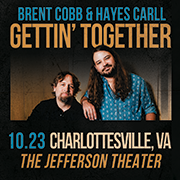