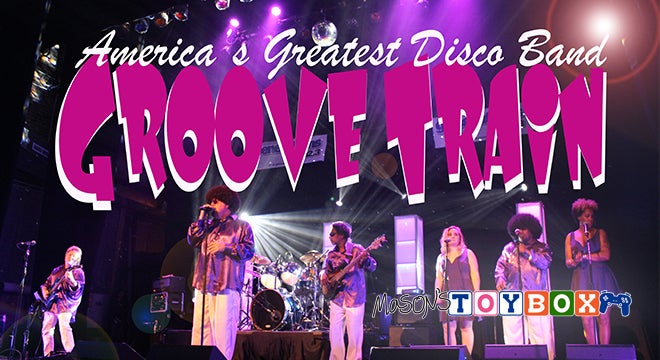 About Groove Train:
Interactive, high energy and always fun! Groove Train loves to perform & it shows! It’s funky, it’s wah wahs, it’s platform shoes but most of all it’s a PARTY. You can't resist the dance floor when Groove Train takes the stage. They will captivate you with an exciting blend of top 40 music from the days of disco, groovy costumes, outrageous hairstyles, and showmanship.

Downtown Baby Brown "Dee" - Lead and Backing Vocals
The beautiful but sometimes crazy Downtown Baby Brown grew up in the cold weather northeast. "Dee" studies astronomy in her spare time and before joining the band she worked at a local pizza parlor in her hometown of Mystic, Connecticut. She was accepted on partial scholarship to Yale University but singing, dancing and being on stage is her lifelong passion.

Guys did a great job – it was what I expected and it was what you promised......tell them Kudos and thanks to you. Greg Nivens President
Trigger Agency

" NEVER! has there ever been the dancing like there was this year, my God, people were just a dancin' everywhere ! " - Debbie

" I can't get over just how nice they all are, they were as good tonight as they were in Danville. You have to take me to the Staunton show next weekend " - Karen

As always we were amazed by the band's excellent performance. I would like to thank you and the band on behalf of the entire brotherhood. The event would not be the same without Groove Train. – Delta Sigma Phi at UVA 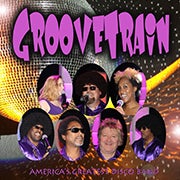