Dream On, Kid. is set to release in early Spring of 2022.
Listen to the first single, “Gateway Bridge” from his new EP:

Nathan Colberg is a 26 year old singer-songwriter from Charlottesville, VA. Although he has never received any formal musical training, Colberg grew up playing around on the family piano. But it wasn’t until college that he discovered his passion—and talent—for songwriting.

During his senior year of college at UVA, he began to share some of his original songs, performing in living rooms and small gatherings with friends.

His transparent songwriting, catchy melodies, and pristine vocals captivated a rapidly growing fan base on the east coast. With a series of sold-out shows under his belt in his first years as a recording artist, Colberg was ready to hit the ground running for his first headlining tour in March of 2020.

However, after his first show at a sold out Jefferson Theater in Charlottesville, the rest of his east coast tour would have to wait….for two more years.

During a seemingly endless quarantine, Colberg set out to check off another musical bucket-list item, a pop-inspired project. In Spring of 2021, he flew to Los Angeles to see through the vision. Collaborating with producer Jason Mater, they completed a six song EP, titled  “Dream On, Kid.” The title serves as both a touch of self deprecation to his ambition as a writer and yet also a message of hope to keep going when hope seems all but lost.

On his “Dream On, Kid.” release tour, Colberg will perform with a full band the EP in its entirety for the first time, as well as hand selected songs from his growing catalogue of music, which has garnered over 10 million Spotify streams and counting.  The setlist will also include songs from “Into the Wild”, a nine song album with each song being written for a loved one. This album has still yet to be toured and played live in its entirety as it was released at the beginning of the covid shutdown.

Read more about his 2020 album, “Into the Wild”: https://americansongwriter.com/into-the-wild-nathan-colberg-album-interview/

Free Union
“The minute you meet Michael Coleman, you get a clear sense of his charisma. Free Union, led by Coleman, makes songs that bring people, ideas and musical styles together. Since teaming up with drummer Rob Dunnenberger, the band has grown in size, scope and ambition, but its message and goal remains the same.”
-Stephen Kallao, World Cafe, NPR

"itsjustrand" is the new name and artist project of Rand Walter, formerly known as, you guessed it, just "Rand." You may recognize him from his many years as late night host "Conan O'Brien." His debut album, "Space Age," comes out September 2022. It's an exploration of all the spaces we've created or imagined between ourselves and those with whom we share this planet. Politics, religion, technology, all the things you can't talk about at Thanksgiving anymore. Plus aliens. 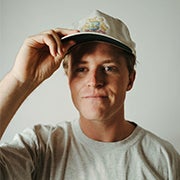