The Skip Castro Band and The Nighthawks

Skip Castro Band and The Nighthawks

Skip Castro Band: It began a long time ago. 1978 to be exact. Four musicians, out of work at the same time got together because honestly, they liked to play music. Thus, the Skip Castro Band was born. A mutual love of rhythm 'n blues, swing, boogie woogie and rock 'n roll became the foundation.

Fast forward 35 years and the same four guys are still playing together. Why? Because even though they stopped playing full time 23 years ago, there's a unique groove and spirit that exists when Skip plays. They've played with other musicians but the greatest satisfaction comes when these four get together.

The Nighthawks: What sustains a band for more than three decades? Not a hit radio band, but a roll-up-your-sleeves/drive to the next gig overnight/carry your own gear up the steps and night after night make people happy kind of band. One that makes them dance; sends them home to come back again—and again. What makes that kind band stay together through relatively few personnel changes? Answer: A good idea; a universal yet somehow unique good idea.

The Nighthawks sought not so much to reinvent rock and roll, but simply to have it reinvent itself by taking the original ingredients and following—if somewhat loosely—the original recipe. And like good cooks, the individual personalities involved ultimately affected the outcome. 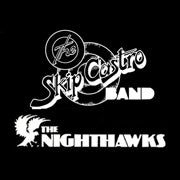