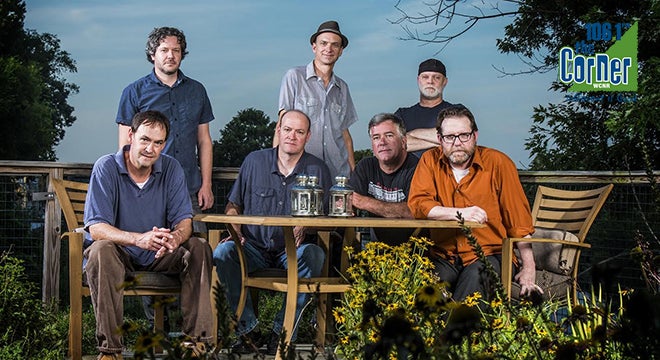 About The Connells:
The Raleigh, North Carolina-based jangle-pop outfit the Connells formed in the spring of 1984. Fronted by guitarist Mike Connell and his bassist brother David, the first incarnation of the group also featured vocalist Doug McMillan and drummer John Schultz, who was soon replaced by former Johnny Quest percussionist Peele Wimberley. In late 1984 the quartet recorded a four-song demo; after one of the tracks, "Darker Days," was selected to appear on the North Carolina compilation More Mondo, the Connells' ranks expanded with the addition of singer/guitarist George Huntley, who made his debut on a March 1985 session co-produced by Don Dixon.

With the help of the band's friend Ed Morgan, the resulting demo made its way to the offices of the British label Demon, which agreed to fund the recording of enough additional tracks to complete a full-length LP. Darker Days was released in Europe by Demon in 1985, and when Morgan returned to the U.S., he formed his own label, Black Park, to issue the album domestically. After the low-budget videos for the tracks "Seven" and "Hats Off" garnered MTV airplay, the Connells won a contract with the TVT label prior to entering producer Mitch Easter's Drive-In Studios to record 1987's brooding, more assured Boylan Heights, which featured the superb single "Scotty's Lament."

The edgier Fun and Games followed in 1989, and a year later the group resurfaced with One Simple Word, scoring an alternative radio hit with the single "Stone Cold Yesterday." After a three-year tour which saw the Connells add keyboardist Steve Potak to their lineup in 1991, they finally returned to the studio to begin work on 1993's Ring, highlighted by the single "Slackjawed," as well as "74-75," a major hit throughout Europe. After another three-year hiatus, the Connells issued 1996's Weird Food and Devastation, released concurrently with Huntley's solo debut brain junk. The group returned in 1998 with Still Life.

From his early days holding the sticks and cadence of The Comas, John Harrison has grown into a consummate veteran of the N.C. scene. For over a decade now, he has helmed the lush and loud rock outfit North Elementary while helping hold the reins of Potluck Foundation, a far reaching collective of musicians who consistently turn out quality releases from a myriad of artists.  More recently, Jphono1 has been a solo outlet for John that he uses to explore the quieter side of his sonic life and his passion for vivid, surreal visual arts through the medium of screen-printing. Starting with his debut record “Living is Easy” and continuing on through a string of singles, EP’s, the outstanding sophomore album “Know Your Clouds”, and the most recent electrifying offering “Meadow Magic Hour”, Jphono1 has been a consistent vehicle for John’s overflowing output.

Jphono1’s debut album “Living is Easy” is a head trip of nine songs that pull together sounds both modern and traditional. With a deft ear for composition, John integrates the disparate into something that feels familiar. A banjo porch picnic seamlessly morphs into an Indian raga. Pop melodies shift from major to minor with a discordant and melancholic urge to move on, tempered by a need to settle. These songs are anchored by acoustic guitar melodies and richly layered vocals. There’s magic in the well placed field recordings of chirping birds and ticking clocks.   John’s back-porch banjo, guitar, and harmonica are right at home alongside spacey programmed beats, synthesized strings, and organs. The resulting sonic blend is uncanny.

On his sophomore release "Know Your Clouds" John began to explore new elements in sounds and arrangements.  The introduction of drums, piano, and fuzzed out electric guitars help to ground many of the songs without stitching up their frayed edges.  Fragments of electronics, acoustic guitars, and keys join what at first resemble straight-forward compositions, only to break apart into an acid induced haze.  “Know Your Clouds” attempts to capture the looser, more experimental feel of a Jphono1 show. The tracks start to stretch past three and a half-minute pop confines into instrumental explorations. Melodies twist and turn through loping loops where they either dissolve into the ether as on “Auto-Sleeper”, or land safely back at home as on “Don’t Freak Out”. Whatever the case, these longer songs began to hint at the future direction of Jphono1.

While earlier records were a way for John to stretch his multi-instrumentalist muscles by crafting atmospheric acoustic-tinged songs, the most recent electrified release, “Time in the Chevron”, is a departure from what came before. The most notable difference is the appearance of a full band. This is the mark of a seasoned musician; knowing you could do something alone, but bringing in others because you believe they will make it better. With trusty friends by his side, John illuminates and elucidates with succinct riffs and rhythms that lend a krauty component to an otherwise wholly American vibe. While Jphono1 songs have often worn the mark of alternate tunings that travel through open string drones like visitors passing briefly by unknown towns, the tracks that round out “Time in the Chevron” don’t pass through so much as they thoroughly explore. These songs take their time living in the groove. Unconventional song structures unravel to reveal verses ruminating on subjects as deep and vast as cosmic and geologic impermanence, or as domestic and down to earth as an afternoon at home. Despite the wide ranging subject matter, this is perhaps the most cohesive record of the Jphono1 catalog. Sonic themes recur and morph throughout each composition. It’s clear that while the destination is part of the parcel, it’s the discovery that Jphono1 is down with.  Jphono1's 2016 release, “Time in the Chevron”, was John Harrison’s first recording with a full band under that moniker. After spending years exploring the more solitary elements of making music as just Jphono1, John decided to bring in John Jaquiss (Sunnyslopes) and Patrick O’Neill (Lacy Jags, Some Army) to round out his cosmic musings, thereby anchoring his compositions with flexible, but dependable, drums and bass. Dubbed the Chevrons, the trio found their footing not so much in galaxy-walking symphonies, but in the infinite horizons of the innerspace. The Astro-Cowboy had come back to Earth, but he brought a little bit of the nebula with him. “Meadow Magic Hour” finds Jphono1 and The Chevrons expanding from trio to quartet with the addition of Brad Porter (Wild Fur, Some Army) on percussion and harmony vocals, and the result is that this record sounds more like a full band effort than its predecessor. While “Time in the Chevron” was tightly played and well recorded, in many ways it felt like John Harrison backed by a rhythm section dubbed The Chevrons. “Meadow Magic Hour” feels like it was recorded by The Chevrons, and Jphono1 just happens to be lead singer and guitarist. The result of this continuing sonic cohesion among friends and bandmates is a sextet of songs that are lush, earthy, and serpentine.  The opening track “Be Down, Be Free” kicks off with a two note melody and syncopated shuffle before John’s breathy, laconic vocals sing, “You are lost, but not alone. Ease up on thoughts that shake your bones.” Those two lines could be the mantra for the entire record. Jphono1 and The Chevrons implore you to take their hands, turn on, tune in, and drop out with them as the song winds through Beatlesesque chord progressions and a 7/4 bridge, before blasting into a youngish solo, only to come back home to the opening two note shuffle. It’s an invitation away from the upsetting reality of the past year or so, if only for a moment, and it’s welcome.  In truth, most of the record feels like an invitation for the listener to relax, to step outside and take a seat at the bonfire in the backyard of Jphono1’s brain. “Keep It For You” is the most up-tempo track on the album, and it hurries along the giddy edge of a psilocybin peak, complete with a mile wide smile. “In The Trees” is an album standout, with hook after hook of premium pop melodies sung, and played, and stacked on one another such that it’s a wonder Jphono1 and The Chevrons didn’t build other songs around them.  Album closer, “Total Harvest” tastefully employs the skills of Triangle pedal steel guru, Nathan Golub, and pushes into territory mined by bands like The Sea and Cake. With more grit and less concern for stylistic constraints, however, it vacillates between jazzy passages and Latin-inspired percussion breakdowns. If the parts described seem disparate, worry not, because they are packaged into a seamless and effective composition.  And let’s be honest. Life is made up of disparate moments, but when you take them as a whole they form a beautiful tapestry, the sum of something greater than its parts. More often than not, the good wins in the end, especially when you choose to be the good. What can four musicians, and some talented guests and engineers achieve? The answer is an album like “Meadow Magic Hour”, where you can feel the dying light of day, but the bonfire just got going, and you have to widen the circle because more friends keep showing up. After two consecutive full band releases featuring the Triangle all-star rhythm section known as the Chevrons, John Harrison returns with a (mostly) solo effort in Jphono1’s “Loblolly Boogie”. Where the previous Chevron records channelled the energy of a lysergic sweet tea and bourbon fuelled jam band, “Loblolly Boogie” mellows out a bit, but doesn’t sacrifice the artisanal cosmic grooves that have become a Jphono1 staple. 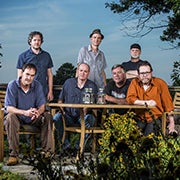